# Expedition Archetypes That Gained The Most From Patch 1.2

Hey all! Legends of Runeterra Patch 1.2 just dropped, with the goal of completely overhauling a bunch of Expedition archetypes. Many Demacian cards and archetypes got nerfed, with the intention of weaking the region overall, and lots of other tweaks were made as well. I was curious about how to quantify the changes in each archetype, and after some coding and number crunching, I've got the answer to share with y'all!

# Uh, what does this even mean?

Glad you asked! I've already gone over the individual Tier List changes for each card nerfed or buffed in Patch 1.2. But an archetype encompasses much more than that. To be able to say how much an entire archetype changed, I needed an overall number to represent each one. Hence the creation of the Archetype Score:

An archetype's score is the average of each card's Tier Rating, weighted by frequency of appearance.

The simple thing to do now would be to take the average of each card that you can get in an archetype -- this is the approach that AoifeOBailey took in a prior archetype ranking. But you might think: wait, Epic cards basically never show up in Expedition, and Commons are more, uh, common than Rares. Shouldn't a Common like Shadow Assassin affect the rating of the Enlightenment archetype more than an Epic like Minah Swiftfoot? 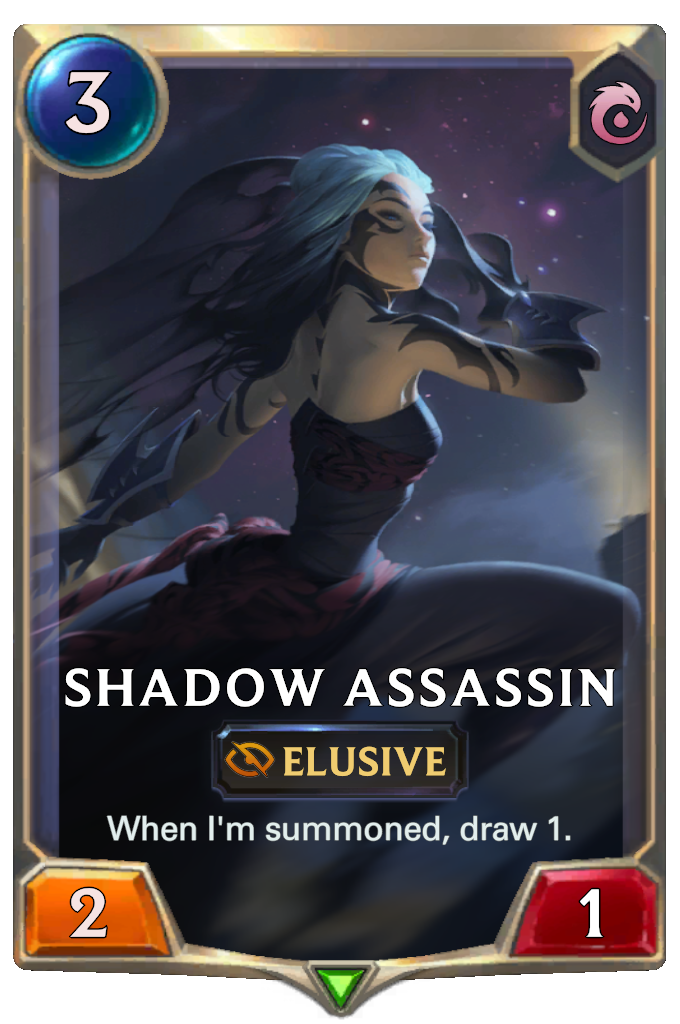 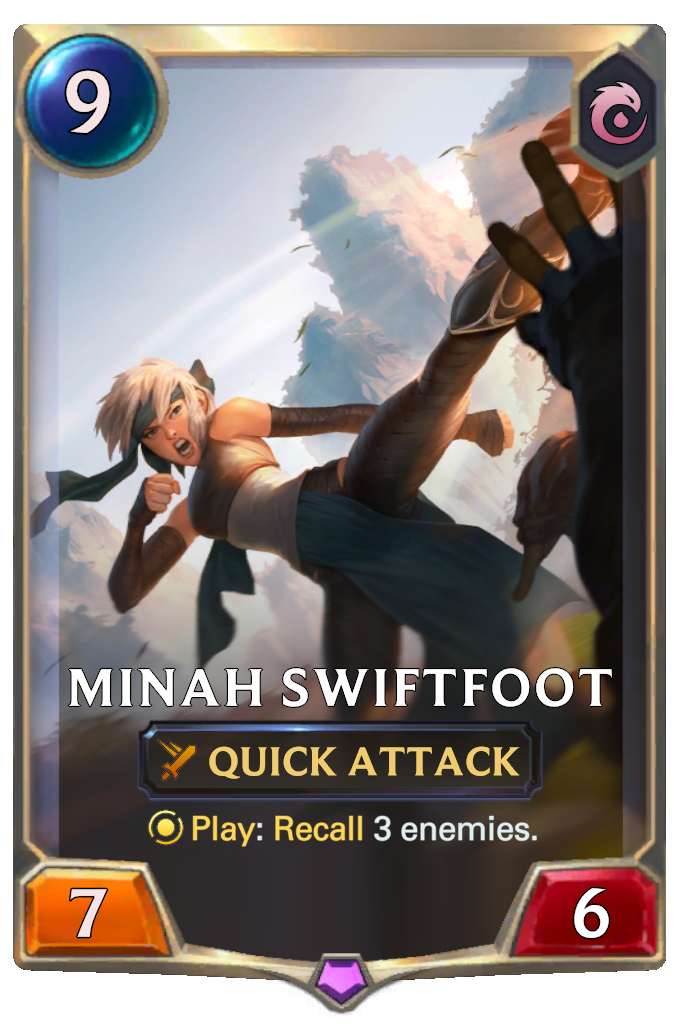 Okay then. My idea was that if a Common shows up 3 times as often as an Epic, it should be given 3 times as much weight in its Expedition Score. Pretty simple, right? But the actual stats on how often different rarities show up don't seem to be published anywhere. Hm...

Thankfully at RuneTiera we've got a bunch of uploaded runs, with records of not only the bucket that was picked, but also the other two buckets that were passed. (This is important because e.g. players might be biased towards picking Epics over Commons). With this data, we can gain an overall sense of how often a card of each rarity shows up in a run. I've uploaded the data here, but the tldr is that the relative frequencies are approximately 5 : 1 : 4 : 5 for Champions : Epics : Rares : Commons. That squares with my own experience across almost 100 runs, so I went ahead and used that as the weight to each card.

Now that we have a way to quantify each archetype, it was a simple matter to crunch the numbers twice, once using the Patch 1.1 archetype listing and tier ratings, and once for Patch 1.2. The data, again, is available here, and you've already seen the results above.

Alright, enough setup. Let's talk about the changes! Again, the stated goal of this patch was to tone down the power level of the Demacian region. How'd they do? 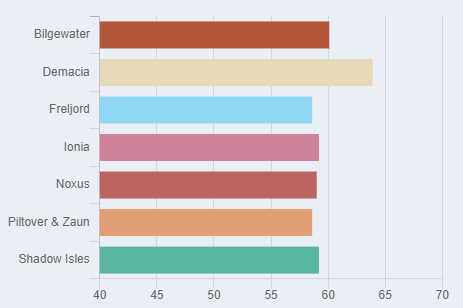 Demacia was OP in Patch 1.1

Indeed, the three biggest losers (Relentless, Suit Up, and Scout It Out) were all Demacian archetypes that received extensive nerfs, not only as cards (RIP Loyal Badgerbear) but also in archetype contents. A simple example is the replacement of Vanguard Sergeant with For Demacia! in Scout it Out. Going from an A tier to a C tier like that is a 20 point drop on that one card, roughly costing 0.6 points in its overall score. That alone is a bigger change than all but a handful of archetypes experienced -- and that's not even the worst! (Mobilize, I'm looking at you.)

The card nerfs themselves had a relatively minor impact; changing Grizzled Ranger from an A to an A- results in an overall score drop of less than 0.01. But you'll note that Grizzled Ranger actually got removed from Relentless and Shield Wall, often replaced with much weaker cards.

Meanwhile, on the winners side, Fishbones stands head and shoulders beyond the rest; it received the most overall changes, swapping out duds like the C- Vault Breaker for the A Tier Thermogenic Beam. The guarantee of Professor von Yipp in every Champion pack isn't accounted for in the Archetype Score, but my first impression is that it should further increase the consistency of the archetype.

Disruption also gained from the replacement of low-impact cards like Ghost with the incredible Shadow Assassin. Gaining a powerful Common or Rare tended to have the most impact on these ratings; First To The Draw benefits from Jagged Butcher, and Smash and Grab pulls ahead with Jaull Hunters (my current pick for the best card in the entirety of Expeditions).

# So which archetypes are now the best?

The other benefit of having a score for each archetype is that we can now rank them against each other! I've gone ahead and done so here:

Of course you should take these rankings with a grain of salt; again, they represent the weighted averages of the card tiers as rated on RuneTiera. No more, no less. That said, this ranking rings fairly true to me; Fluft and Tuft is definitely the meme-iest archetype available, and Spell Slingers is pretty close by. I was surprised by Shroom And Boom on top, but looking at the full archetype listing the archetype indeed has many solid playables in the B to S Tiers, and very few stinkers (none D or below).

That's it for now! I'd love to hear whether you agree or disagree with my analysis of the Patch 1.2 changes, or the process behind creating the Archetype Score. Leave a comment on Reddit, or shoot me a message at akrolsmir@gmail.com. Otherwise, I hope you enjoy this new Expedition meta!