# Improving Your Game: Who's the Beatdown?

Q: What's wrong with this attack? 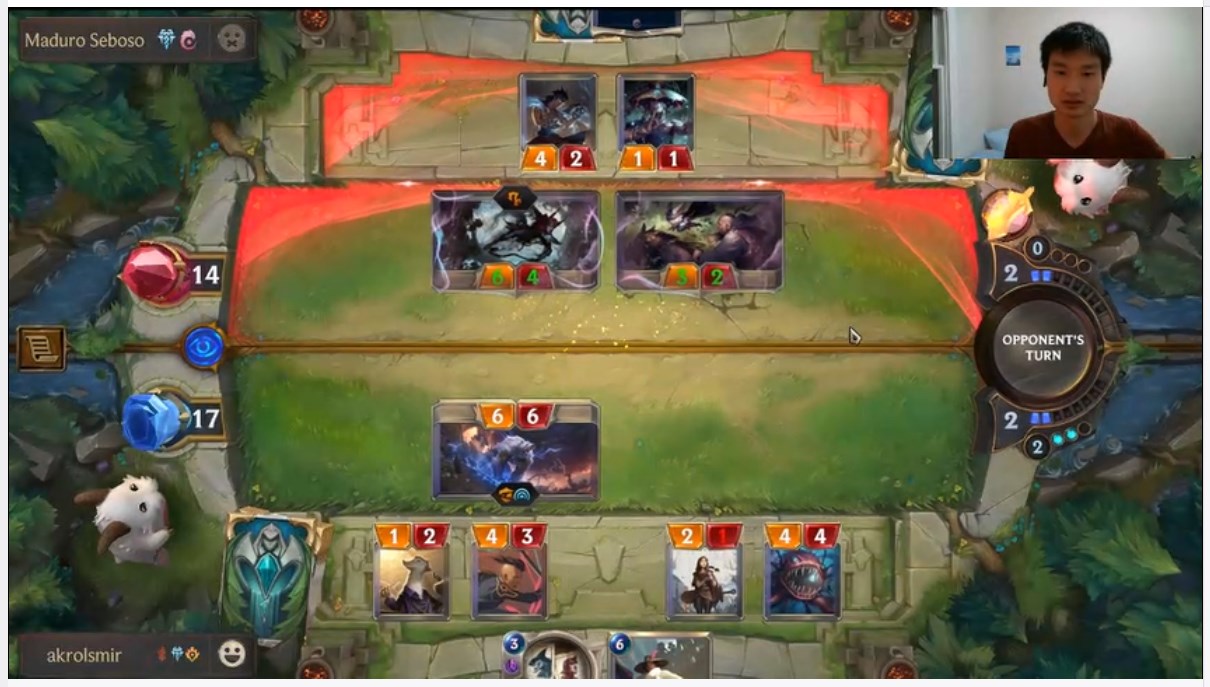 A: There's no way their Yusari should have pulled my Ursine Spiritwalker.

Wait, isn't trading a 6/4 for my 6/6 a good deal? It might seem like a good exchange on stats alone, but in context, it was a huge strategic blunder. I had card advantage on my opponent and a better late game, so they needed to be pressuring me with Nexus damage, not clearing my units. In short, they needed to play as the Beatdown.

In every game of Runeterra, there are two roles a player can have. The first is to be the Beatdown. This is the proactive player. The player who is doing more damage. The player who has a superior board state. The job of the Beatdown is to end the game as fast as possible, making use of their current advantage.

The other role is that of the Control. The player who will inevitably win the long game. The player with expensive, game-winning threats in their hand, who just needs to survive enough turns to get the mana to play them. The job of the Control is to stall the game for as long as possible, up until their superior cards can take over.

Your role as Beatdown or Control will affect every decision you make in the game: which units you play, where you point your spells, how you attack. Whenever you have a decision to make, you should be thinking, "does this help me beat down?" or "does this help me control"? Let's take a look at how to apply Beatdown theory to win more games.

# How to identify the Beatdown

There are two main things to look at when trying to figure this out: the relative speed of our decks, and the state of the board during the game.

# The cheaper deck is the Beatdown

So: what's in our decks? The Beatdown deck is the one with... 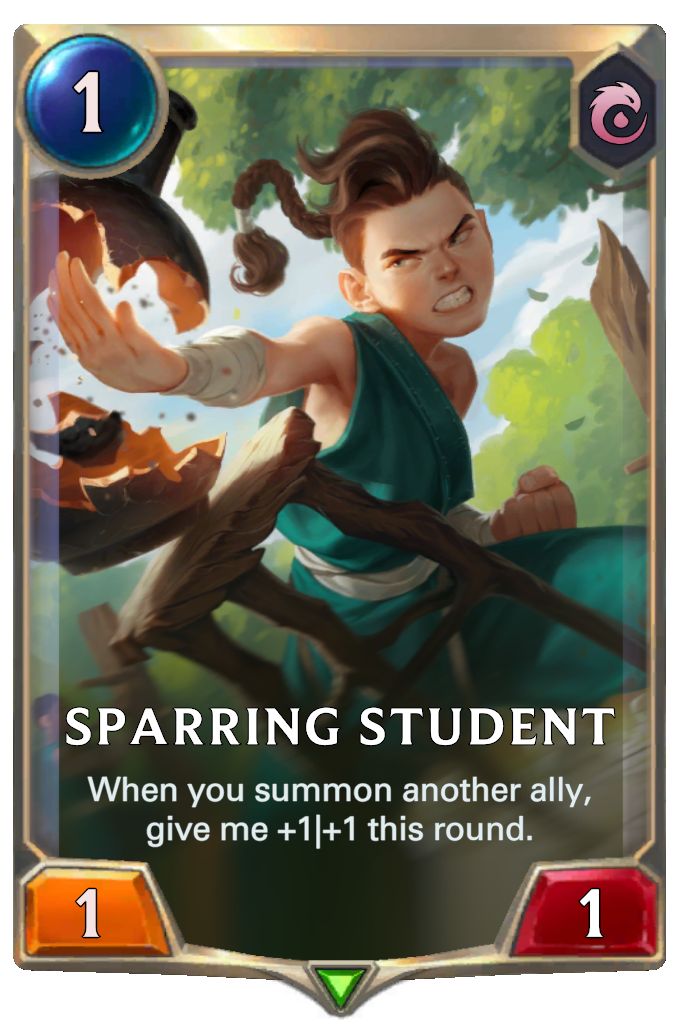 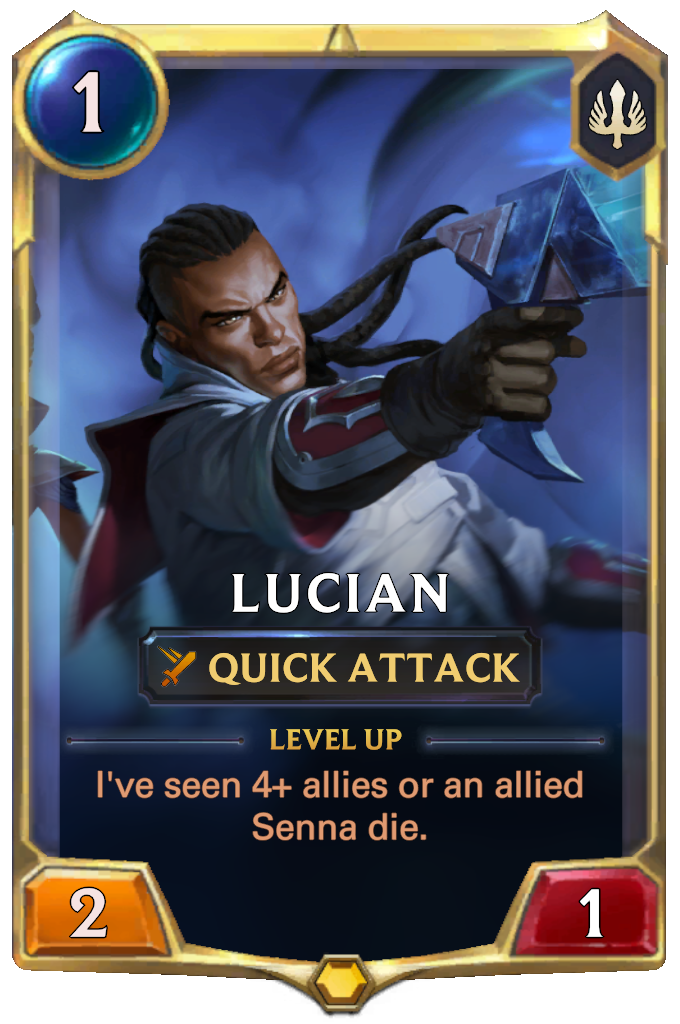 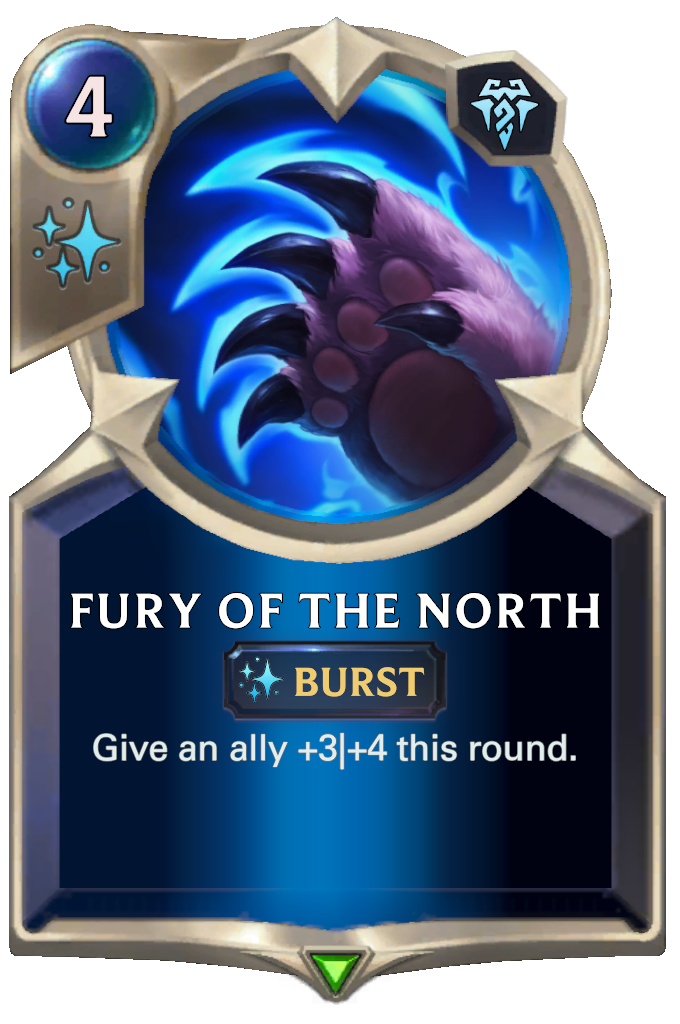 Meanwhile, the control deck tends to be the one with: 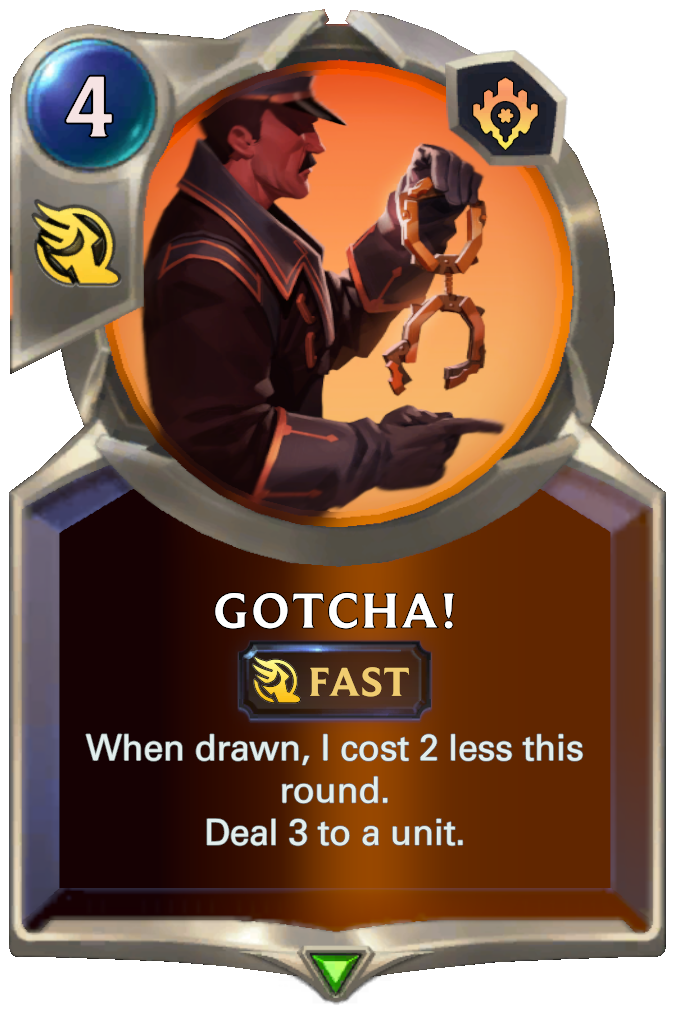 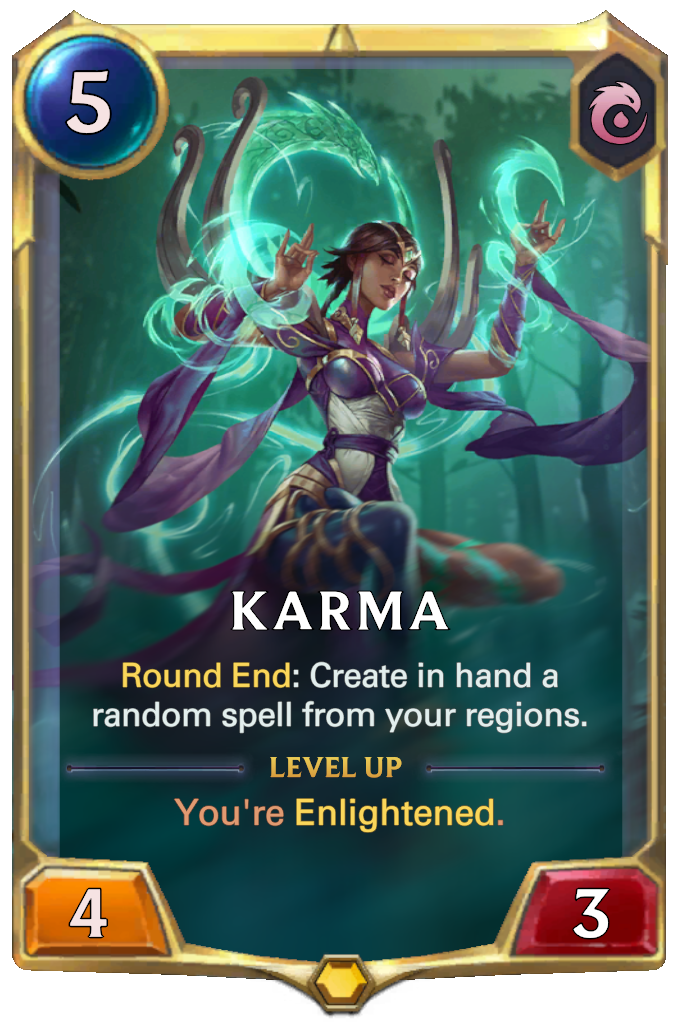 AKA the fun police

You can try to guess at the contents of your opponent's deck based on their champions and regions -- some regions, like Noxus, almost always skew Beatdown, while others like Freljord tend to play Control. You'll never know for sure what cards your opponent are bringing (that's half the fun of Expedition!), but you will know the contents of your own deck. So before you've even played your first game, you should have a rough idea of the speed of your deck, compared to an average Expedition build.

For example, a deck like this Noxus/P&Z build, loaded with cheap units and Overwhelm damage, will generally take on the Beatdown role.

Meanwhile, a deck like this Freljord/Bilgewater/SI mix, with plenty of card advantage and expensive units, will be better suited to playing Control.

# The better board is the Beatdown

Once the game has begun, you can look at some metrics to evaluate your roles.

The Beatdown player is:

In short, the player who should win just based on the existing board state.

The Control player is:

Basically, if you won't win the race, you must play for the long game.

# Your job as the Beatdown is to end the game

Okay, so you let's say that you think you're the beatdown. Your goal is to end the game quickly and decisively. How does that change how you play?

Your life total doesn't matter: You should be willing to take more damage from your opponent. For example, if your opponent is attacking with Yone, Windchaser, you might normally block with one of your two Navori Highwayman and save 6 life. But if you're at 18, you're opponent is at 3, and they have a lot more cards in hand than you, you are the beatdown player. 6 life might be a small price to pay, for the chance to do 1 damage when you swing back with both Highwaymen.

Plan for lethal: Obviously, if you can kill your opponent immediately this turn, you should do that. More broadly, though, look for a sequence of plays and attacks that end with your opponent at 0 life, even if that involves cards that you don't currently have in hand. Maybe your best attack puts your opponent to 2 life and sacrifices your entire board -- even that Vladimir you worked so hard to level. But that attack plus a Legion Grenadier off the top of your deck, may be your best way to win before your opponent starts clogging up the board. 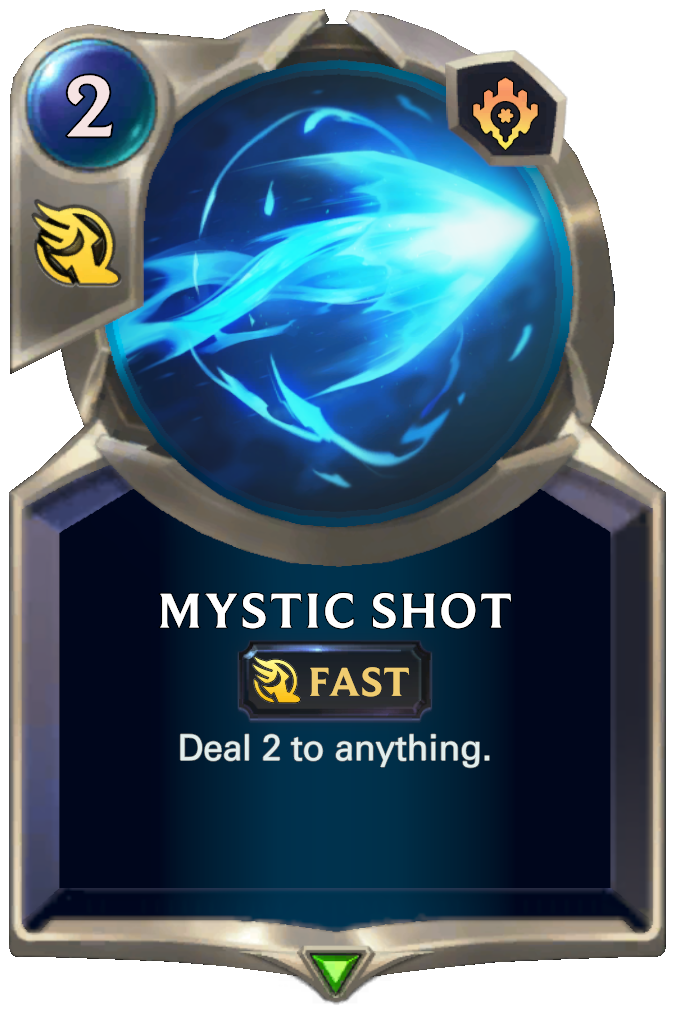 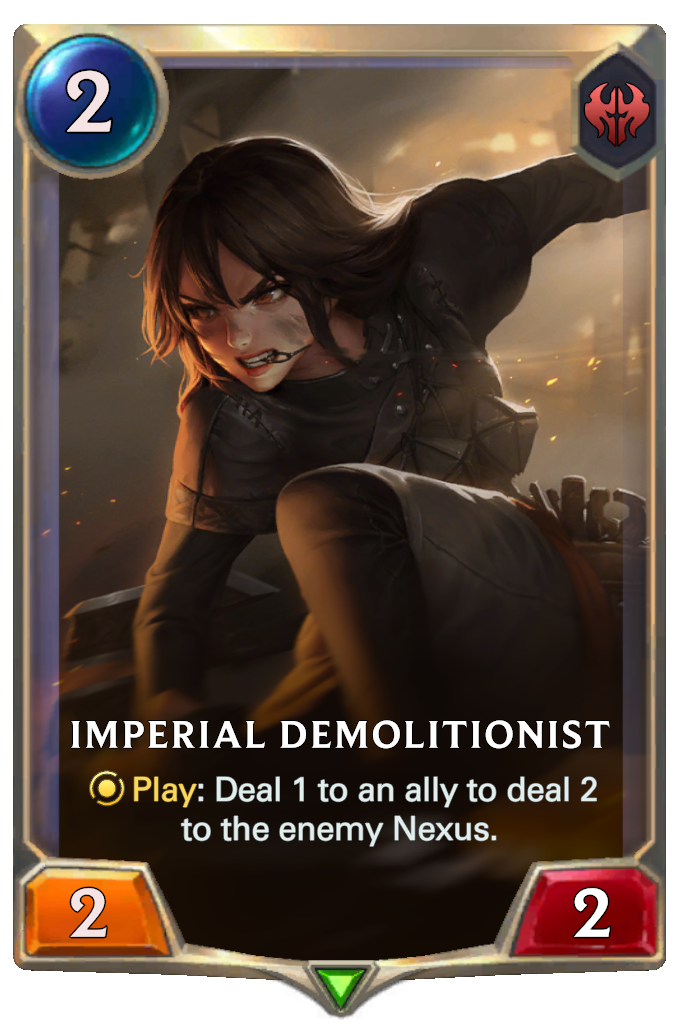 If these are your outs to win, then play for it!

Attack with everything: I'll sometimes watch opponents in the Beatdown role hold back their smallest attacker or two, since they don't want to lose it in combat. This can be a huge mistake. One of your biggest advantages of beating down is that I'm super worried about dying. If I use my Vanguard Cavalry to eat your Arena Battlecaster instead of trading with Trifarian Shieldbreaker, I might not survive long enough to gain that card advantage.

Bluff: Bluffing is a tactic that works best for the Beatdown player in the early game. If I send in my Draven's Biggest Fan against my opponent's Fiora on turn 3, they might not block out of fear of my combat trick, opting to go from 20 to 18. But later, when they're at 4 life, they're not going to have the leeway to play around a trick, and bluffing gets a lot worse. Even though 2 damage is 2 damage at any point in the game, it's much harder to see its importance early on -- so the earlier you figure out you're the beatdown, the earlier you can tailor your game plan and the better you can bluff.

# Stayin' Alive (when you're the Control)

While the Beatdown has a clear, straightforward plan to execute on, the Control has a much harder job. Your success as the Control lies in how you respond and thwart your opponent's plan. Hear are some key things to keep in mind:

Attack less: In Runeterra, unlike e.g. Hearthstone, the blocking player is the one who gets to make the decisions about how units trade in combat. The attacking player accepts this in exchange for the chance to do damage to the enemy Nexus. But if you are in the Control role, you don't care nearly as much about damage on the enemy Nexus as you care about the stability of your own. When you send in an Eager Apprentice against theirs, you surrender the ability to chump-block that Cithria the Bold coming down afterwards.

Prefer getting on board over drawing cards: Being the Control player doesn't necessarily mean gaining as much card advantage as possible. You have inevitability and are going to win the late game anyways. Here and now, you should be focused on surviving up until that late game. That Salvage will get better when you have more mana in a few turns; instead use that Chum the Waters to stay alive.

Spend temporary effects to discourage attacking: There are some Slow effects that work much better with the attack token. But if you're falling behind and need to protect your life total, don't be afraid to spend them on defense. Some examples:

You may be giving up the effect (or even card advantage, in the case of Ephemeral units), but it's certainly better than dying.

Turning the Corner: At the end of the day, though, "staying alive" as a goal can only go so far. You will need to eventually translate your late-game resources (bigger units, better spells) into a victory. Sometimes, this is pretty straightforward; the Beatdown has run out of cards in hand, your life total is stable, and you're consistently making favorable attack after attack.

When things come down to the wire, though, and you're at your last couple life points, you might think you need to turtle down even harder and stretch the game out as long as possible. But this might play exactly into the Beatdown player's plan of finding that Get Excited! or Yusari to finish you off. The difficulty of playing as Control is that you can't just blindly extend the game as long as possible; you also have to seize the initiative at some point.

Role Reversal: Since your entire strategy as the Control is to win in the late game, watch out for what your opponent can do to trump that plan. One common example of this are Champion level-ups. Your might think you are outgrinding your opponent, but if their last card in hand is a Jinx, suddenly they're drawing two extra cards every turn, one of which will wipe your board AND your Nexus. That's probably much better than whatever you had in mind... 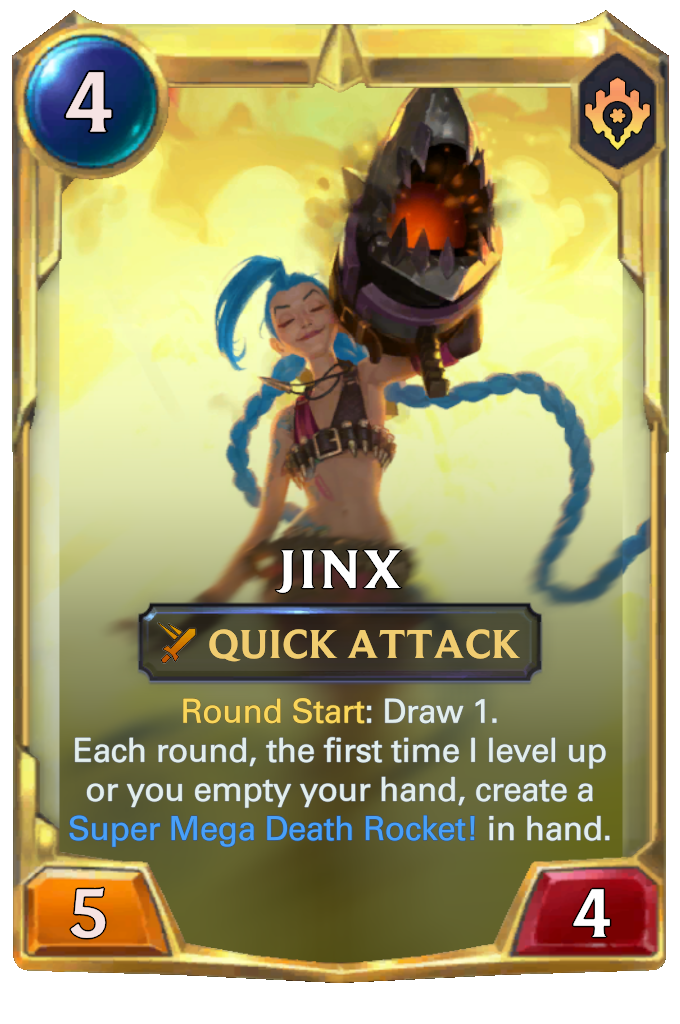 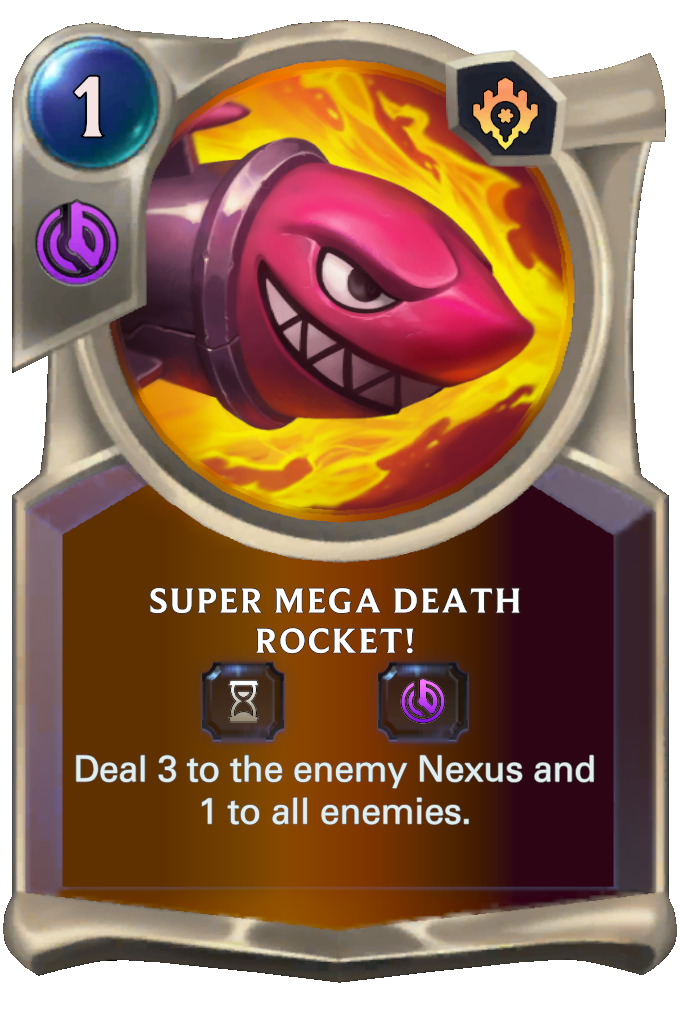 Similarly, a Teemo Puffcap deck might play very aggresively in the early game, leading you to take on the Control role. But once your shrooms have doubled or quadrupled, suddenly the late game favors your opponent -- they can just sit around and wait for shroom damage to kill you!

In these situations, recognize that the tables have turned. If your hand and deck don't offer solutions for you to regain the late-game advantage, your only option is to switch roles and play now as Beatdown, aiming to kill your opponent before their powerful engine takes over.

# You can't both be the Beatdown!

But if you are playing Noxus with Legion Rearguard, ending opponents by turn 6, then you will kill me before I can kill you. I can't hope to win a game by going faster. Even if it feels bad, I have to start trading down on mana and blocking with my Quick Attackers, just to have a chance at getting to the late game. 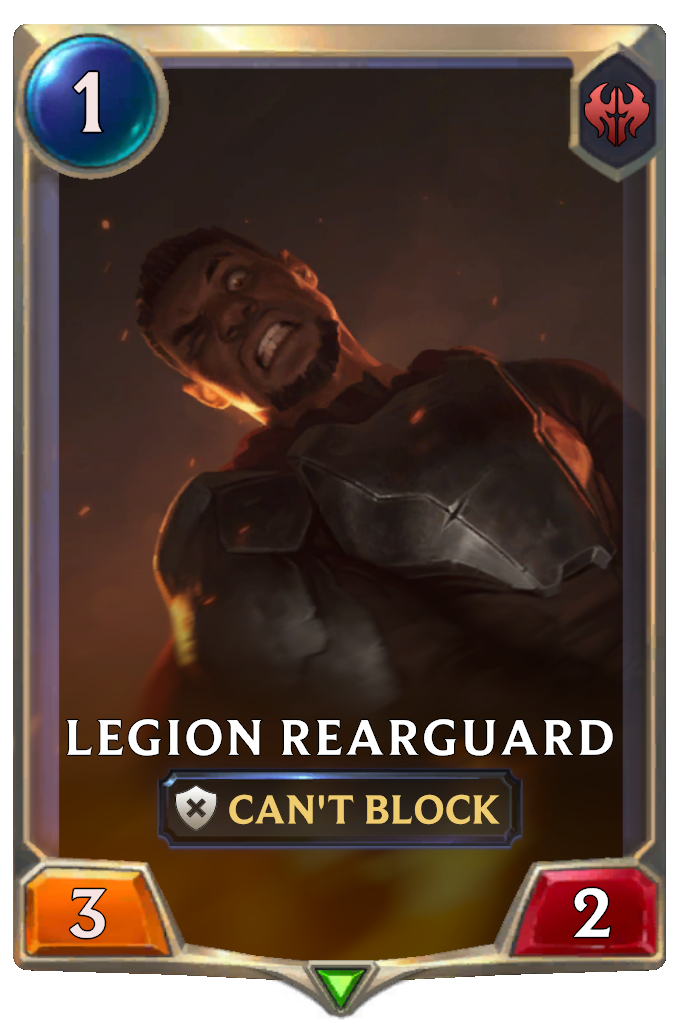 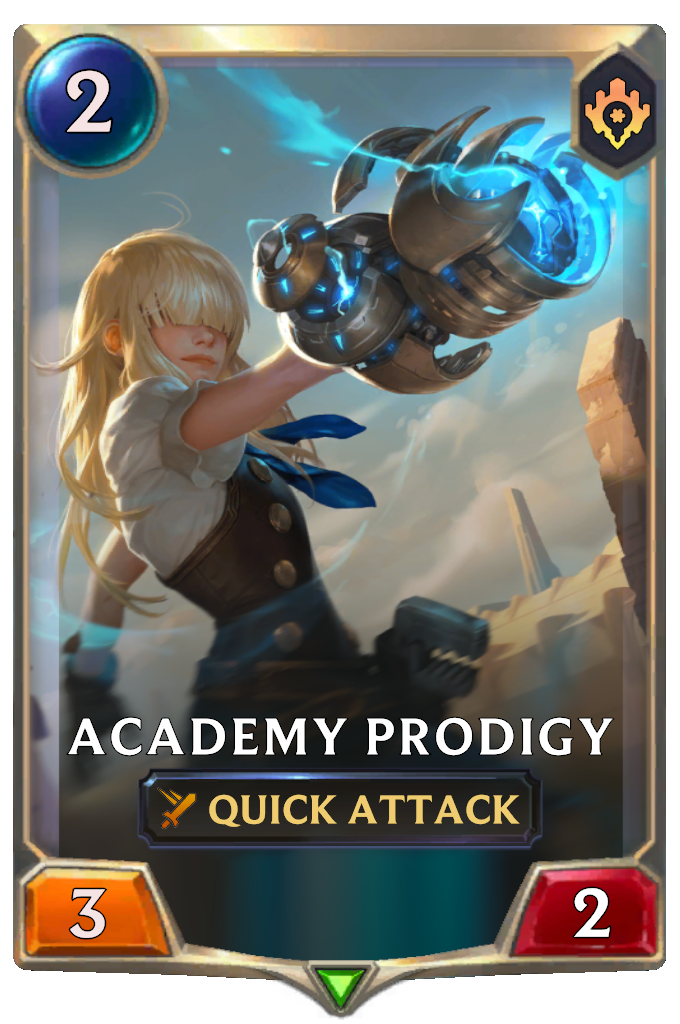 Who wins the race?

So always try to get a read on how your opponent is playing. If they develop Trifarian Hopefuls and Mights just to push damage, they are positioning themselves as the Beatdown -- it's very likely that their hand and deck is set up to win early on. You should respond by assuming the Control role, even if you imagined you originally envisioned your Gangplank Plunder deck as an aggressive one.

And if they pass the first few turns in a row, perhaps your slow Freljord deck should switch plans and try to end the game with Omen Hawk and Avarosan Sentry attacks, before their Brightsteel Formation comes down and takes over the board.

In short, once the game starts, be prepared to set aside your preconceived notions of how your deck should play. As they say: no plan survives first contact with the enemy.

Who's The Beatdown, by Mike Flores, is a classic concept imported from Magic: the Gathering -- that article was written 20 years ago! -- but remains a fundamental component of card game strategy. It is the primary lens through which you should be evaluating all your strategy and plays. At the end of games that you have lost, ask yourself:

Hopefully, you learned something about how to identify the Beatdown and play your role correctly. Thanks for reading, and see you next time!